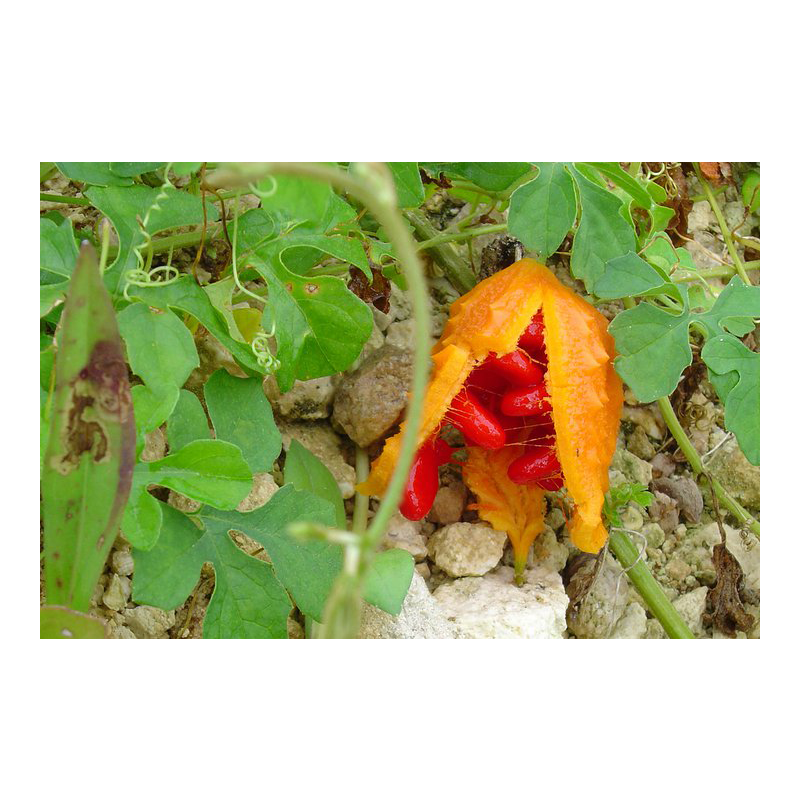 Bitter melon–or Cerasee, as it is known in Jamaica–is one of the most commonly used Jamaican folk medicines. Brought to the island and cultivated by African slaves, it is used for diabetes, malaria, worms, colds and hypertension, and as an overall health tonic. A study published in the Journal of Nutrition in April 2003 found that bitter melon extract improved insulin resistance and raised glucose (blood sugar).

Cerasee can be cultivated as a vegetable and cooked like other leafy vegetables.
Cerasee tea is used as a remedy for colitis,liver problems,fever and as a skin lotion.
The juice of the ripe fruit , which contains valuable enzymes and minerals , is taken for diabetes.

is native to Africa, the Middle East and the Mediterranean area. It was introduced to Brazil by African slaves and from there it spread to the rest of Latin America and the West Indies. Today it reaches as far north as Texas and Florida, where it grows wild. Cerasee also grows wild in Asia where it is used medicinally, and as a vegetable.
A tea made of the vine is used for diabetes,hypertension, worms, dysentery, malaria and as a general tonic and blood purifier. It is also very effective to relieve constipation and colds and fevers in children.
Women in Latin American and the West Indies use the leaf for menstrual problems to promote discharge after childbirth. The tea is taken for 9 days after giving birth to clean out and tone up all the organs involved in the delivery.

As a wash, the tea is used externally for sores, rashes, skin ulcers and all skin problems.  It is good for arthritis, rheumatism, gout and other similar ailments.
One of the most widely used medicinal herbs of Jamaica, the fruits of a large variety also being used
especially by the Chinese in cooking. The aerial parts of the plant, either dry or fresh and free of large fruits are
used to make a decoction which is very bitter, or in some cases to make an infusion. The tea is used for colds
and fever (including malaria), for stomach-ache, constipation in children, and as a general tonic beverage. An
infusion of cerasee alone or with Bidens reptans is used for menstrual troubles.